Production: From Swansea to Snowdon
5th August, 2019
"When it calls for your character to be isolated, what better way than to fling them halfway up a mountain?"
In January 2018, Chris met with us in Brewstone café, Swansea, and pitched a great, straightforward and cheap-to-make feature film. His words were something like, “Just four main characters, and one location.” “Great!” we thought. Dan and I were itching to take the next step with Broadside and produce a feature, and having worked with Chris on several shorts previously, this sounded ideal. “What’s the location?” we asked. Chris replied, “Snowdon.” …

The team on a mid-day 45 minute trek!
“When it calls for your character to be isolated, what better way than to fling them halfway up a mountain. Nice idea right? Dope right? Well, it wasn’t so much of a great idea on day three of twelve when we were actually walking up the mountain to film our character halfway, or even all the way, up the mountainside.” - Christopher T. Lang

The logistics of producing a film on Snowdon are a touch more complex than your standard one-location film in a house, or a car, but we fancied a challenge! The first question was whether or not we needed to actually shoot the film on Snowdon itself, or cheat it down South. It was decided that the unique vistas and landscape of Snowdonia were vital to the film, but that we wouldn’t be able to afford shooting the whole film up there. So we decided on a compromise. Shoot half up North in Snowdonia – the scenes that really needed that landscape, and that were spread out through the film so that we constantly felt the presence of the mountain – and half down South, where we’d cheat the remaining exteriors and shoot our interior flashback scenes. We knew it’d take an extensive amount of planning to pull off, and more location recces than we’d ever done before for one project. 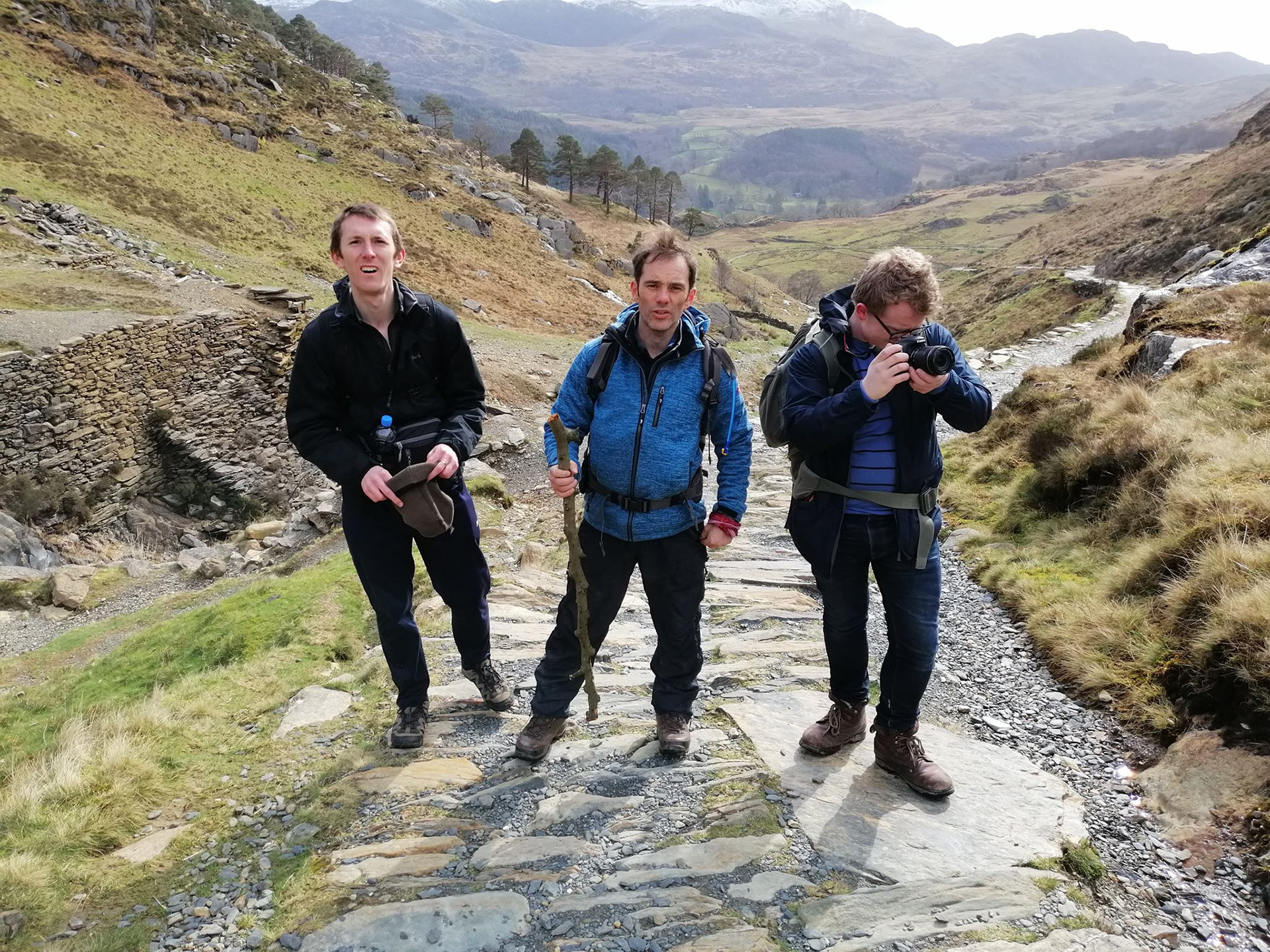 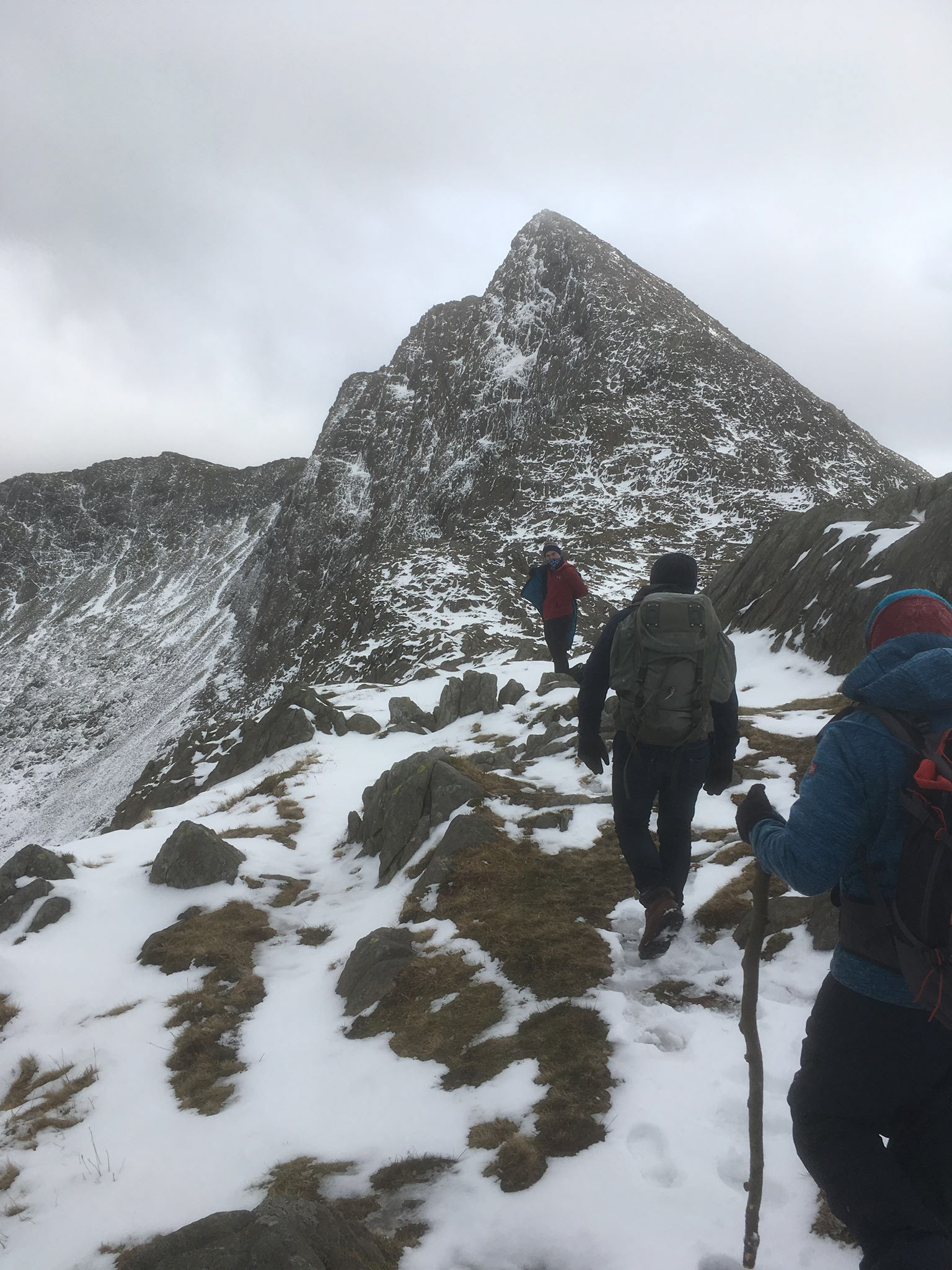 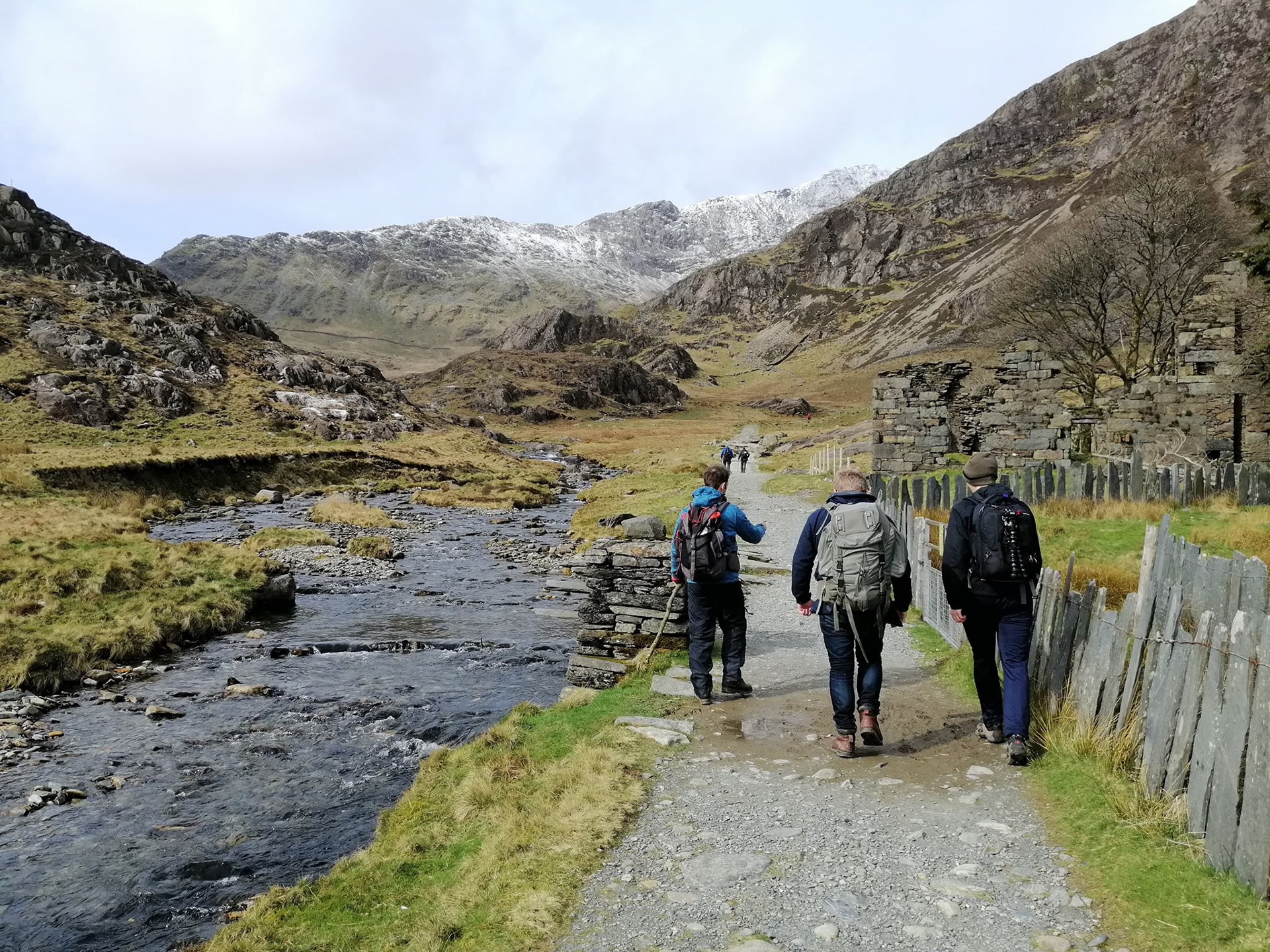 Fast-forward to May 2019; we took a small crew of 12 and a cast of 4 from South Wales to North Wales to live at the base of a mountain for two weeks. Given the unique shooting conditions that this was going to create, we knew it was vital that we bring the right people onto the team. They needed to be mentally and physically prepared to walk two to three hours every day whilst carrying their own equipment and food, they needed to be able to work effectively in exposed and difficult conditions, and the key - they needed to be good humoured team players who could keep spirits up and tensions down in a tough environment. They were. Each member of the cast and crew were brilliantly hardworking people who were ready to take on the daily challenge of walking up and down various mountain paths around Snowdonia in the name of filmmaking. We owe it to each of them that we were able to pull off this shoot.

Our cast and crew on the first day, about to set of on their first trek!
We had 3 main logistical challenges that needed unique solutions; Weather, Catering, and the biggest issue of them all, Toilet Facilities. Each of these deserve their own blog to be able to discuss in-depth how we tackled them, so keep an eye out for the next post where we get into the bizarre experience of shielding your face from snow one day, and smothering yourself in sun-cream the next! ​​​​
Tom Gripper, Producer and 1st Assistant Director 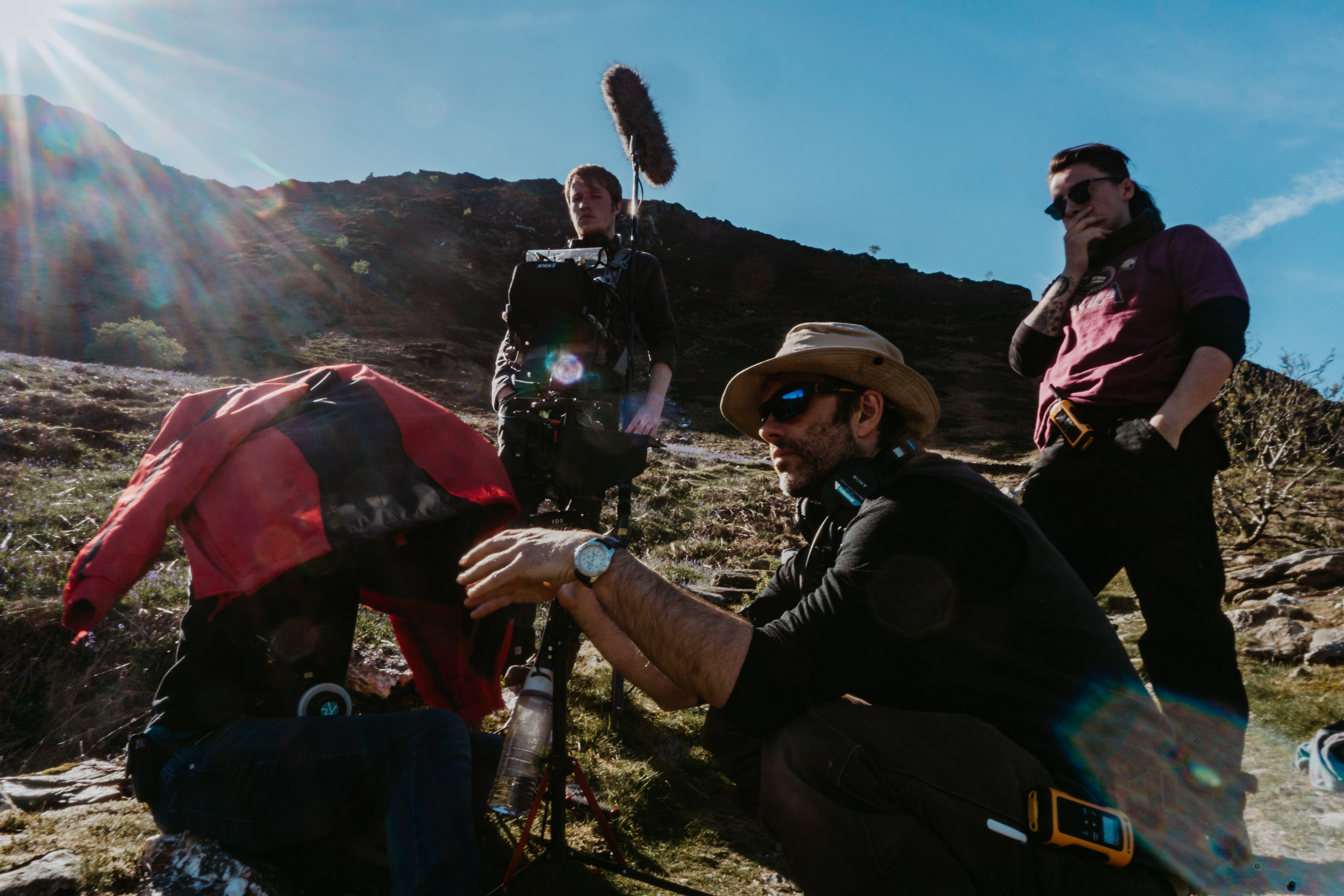 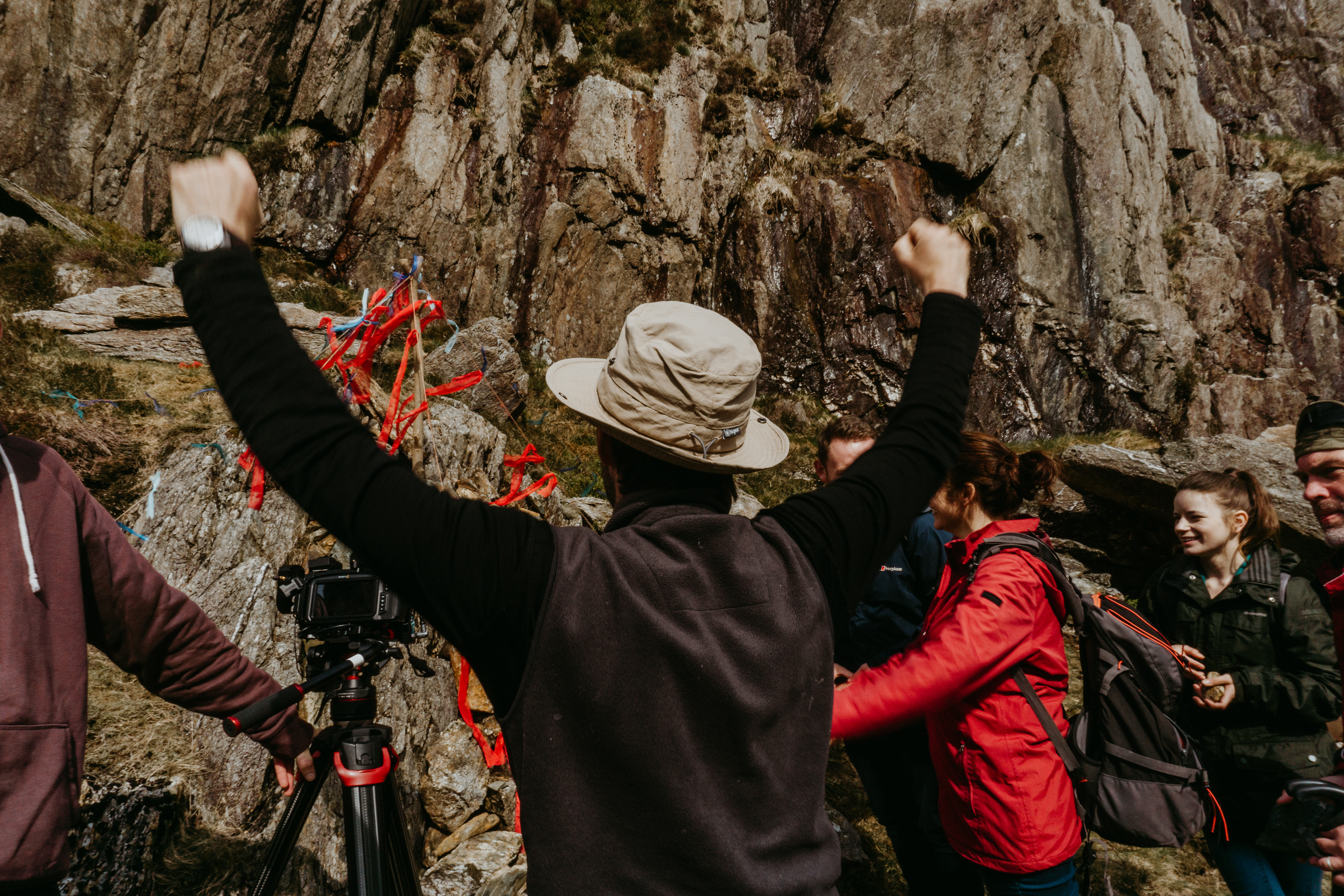 Welcome to the In Absentia Blog!

Insert copy here, which should vary depending on your region. Accept